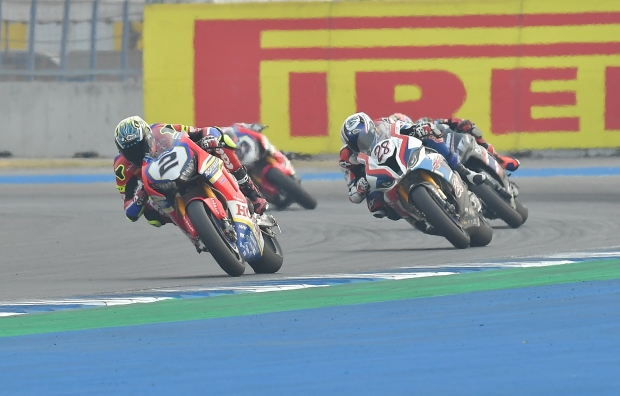 The first of two race days at Buriram concludes with a thirteenth-place finish for Leon Camier and a DNF for team-mate Ryuichi Kiyonari.

The British Moriwaki Althea Honda Team rider got away well from twelfth on the grid in Race 1, but he slipped back to fourteenth through the opening stages, caught up in traffic.

His race pace then gradually picked up, allowing him to catch up the group of riders immediately ahead of him but at the end of the 20-lap race, Camier nevertheless had to settle for final thirteenth position.

Ryuichi Kiyonari, having finished seventeenth in Superpole, suffered with some vibration right from the early stages of the race, making things difficult to the point that he was forced to retire from the race on lap seven.

“It was a tricky race to be honest. I made a good start and was really strong into turn three, I think I passed a few people around the outside, but then somebody in front of me touched and in reacting I fell back to at least fourteenth. Even though I was able to recover and slightly improve my pace lap by lap, something was not quite right and once I got close to the group in front, I was struggling more, and it became impossible to ride properly. When I got some clear space I could manage, but when I was in the group, something related to the temperature made me struggle. Anyway, we will keep a positive mentality. Every day on track and every race teaches us something and we will keep giving 100 per cent on every occasion.”

“There is not too much to say about my race unfortunately, as soon after the start I started to struggle with some vibration that made it really difficult for me to ride. I ran wide several times, until I realized it was impossible to go on. We’ll take the positives we have had so far this weekend, we have been able to improve our pace every session for example, and we look forward to tomorrow”. 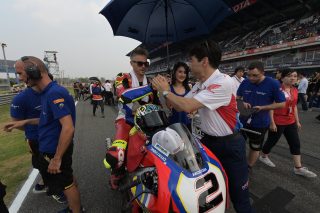 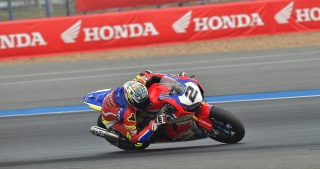 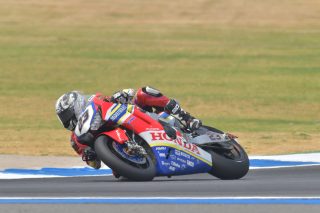 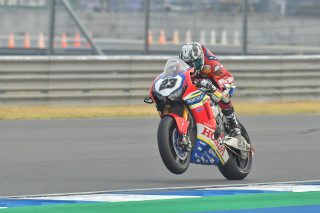 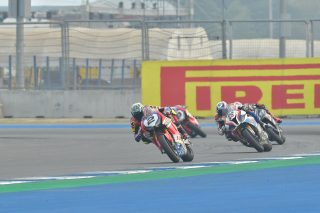 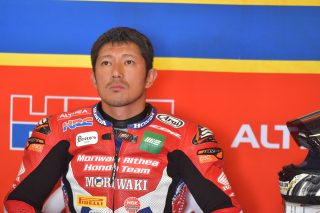 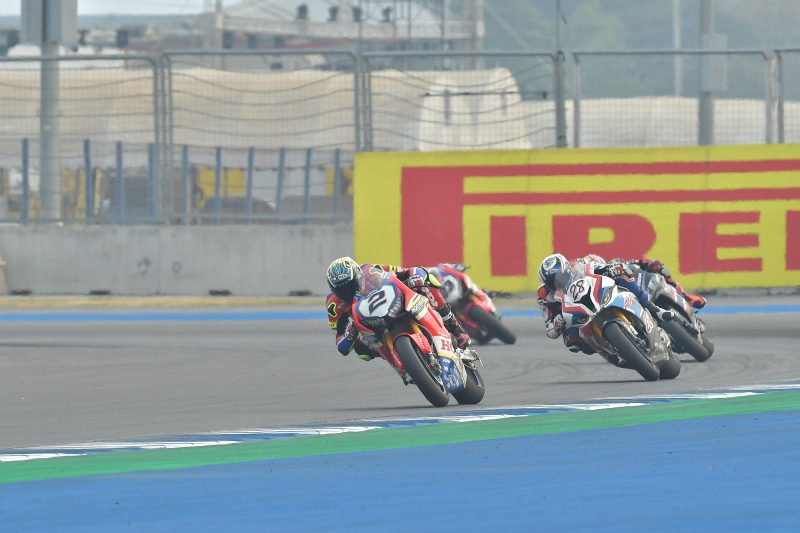